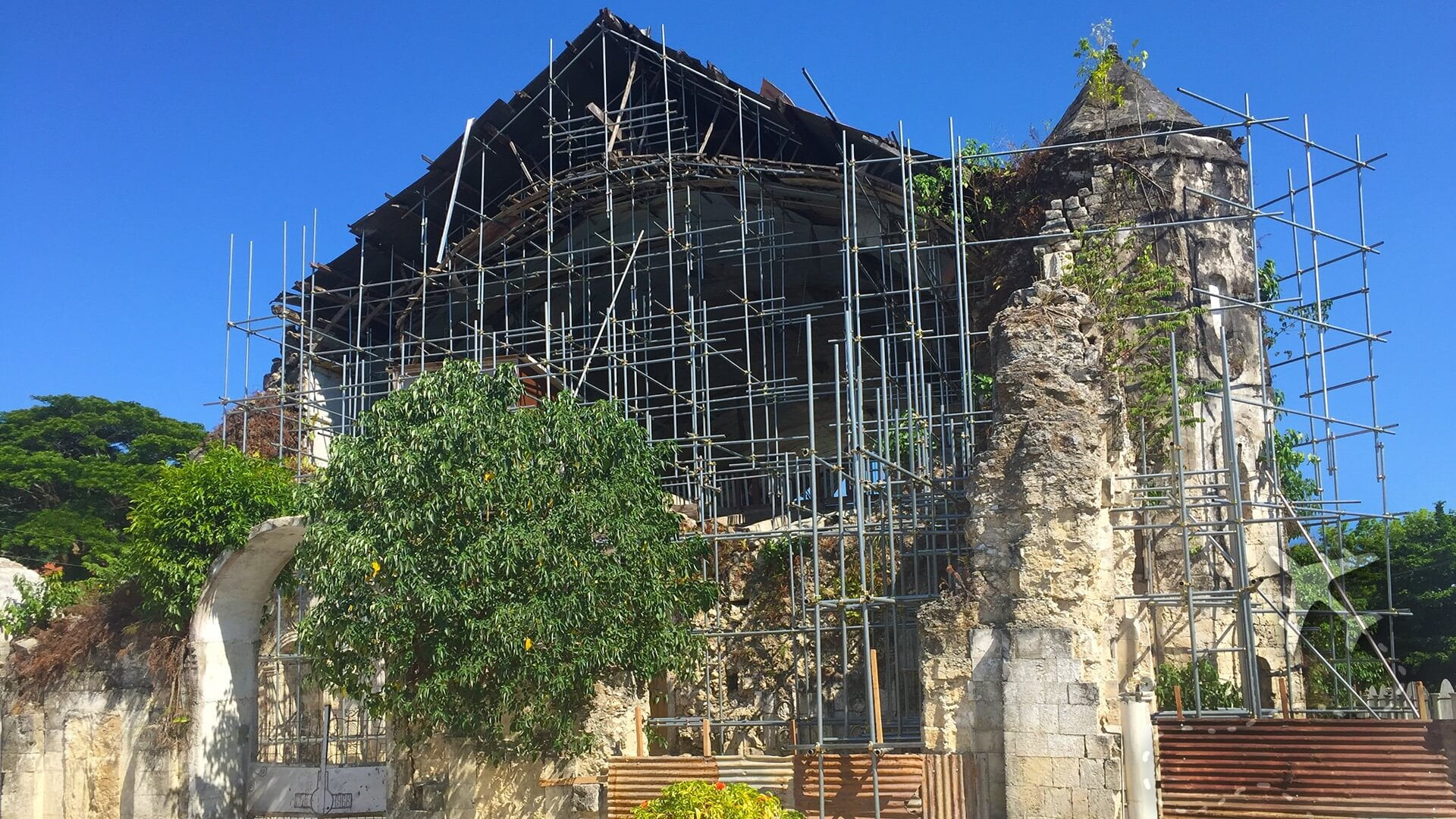 The ground violently shook for 34 seconds, devastating the tiny island of Bohol

THE STORY OF THE BOHOL EARTHQUAKE DEVASTATION

On October 15, 2013 at 8:12am local time the ground violently shook for a mere 34 seconds.  The tiny island of Bohol suffered widespread damage, but surrounding islands were left relatively unharmed. The effects of the 7.2 magnitude earthquake that happened some 2+ years before my visit were still very evident from traveling around the island – Toppled structures, cracked roads, and displaced earth. There was a ominous feeling that everyone who lived through that day would never forget it; Sadly 209 people died and 800+ confirmed injured during the earthquake.

You don’t have to travel far to find devastation from the 2013 earthquake.  In my travels, I passed a church in the small town of Loboc, which was nearly destroyed.  It is held together with scaffolding and supports to stabilize what’s left of the structure. The facia and mid-span of the church crumbled during the shaking

Along with this church, there were other structures along the river which toppled due to the violent shaking.  The USGS’s shake make indicated that the ground shaking was most violent on Bohol and considered moderate on surrounding islands.

Adjacent to the Loboc Church is a common dirt parking area overlooking the river.  The only structures left are some public bathrooms and the remnants of the Loboc bell tower.  It didn’t hit me until I wrote this article that the dirt parking area used to be a two-story building with local merchants and a bank.  It’s now just dirt and rubble from the destruction of 2013.

Most of the churches and tourist attractions have donation boxes.  Seeing the beauty of this country, I gladly donated to locals to assist in the rebuilding efforts. At each site, numerous Filipinos were working to restore what mother nature had damaged.  2+ years after the earthquake, there is progress, but this island has an enormous amount of work left.

Nothing I can write or photograph can accurately describe the raw power that this planet has.  It is sobering to know that so many lives changed in just 34 seconds.

Interested in visiting Earthquake devastation on Bohol? Travel Blogger and author of DESTINATIONS UNKNOWN Sean Brown has compiled a list of frequently asked questions to help make your trip a breeze.

What is the closest airport to Bohol?

Tagbilaran Airport (IATA: TAG) is the closest airport. This airport closed in late 2018.

What is the local currency at Bohol?

Philippine Peso (PHP) is the local currency. There's no fees, you're literally searching for cool shit.