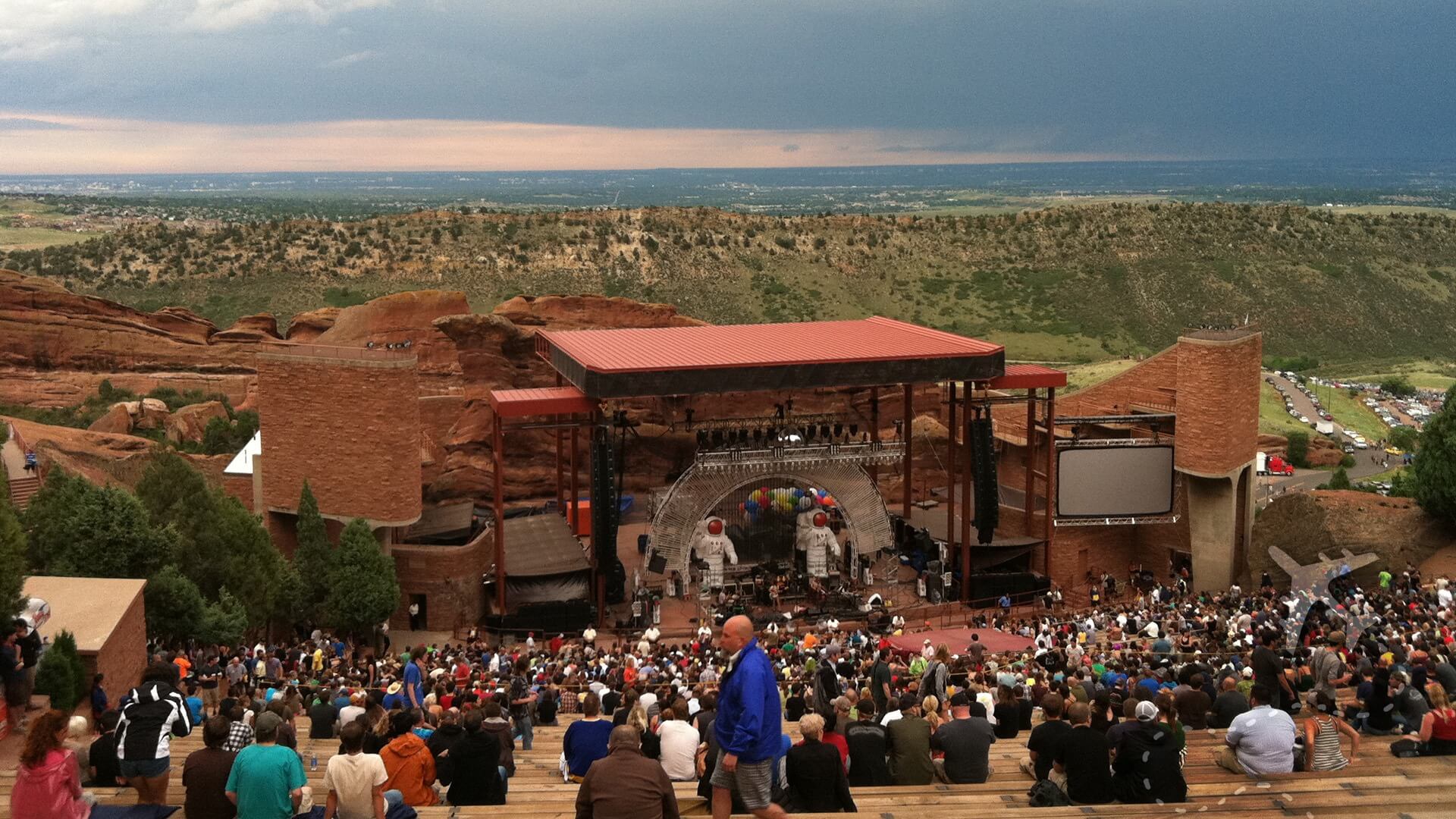 THE STORY OF RED ROCKS AMPHITHEATER

Red Rocks Amphitheater is a fantastic venue to take in a live show. The ambiance at Red Rocks is an open-air amphitheater in the foothills of the Rocky Mountains. The backdrop of the stage is the east-facing plains, where you can catch a glimpse of downtown Denver in the distance.

Rocks generally don’t make acoustics sound good, but the engineers who built this place did some magic with how the sound is reflected and absorbed – all the seats have excellent acoustics.

It should be assumed knowledge, but I’ll state the obvious; Red Rocks is open during the warm parts of the year. Also, because of it’s open-air style, there’s likely plenty of times you’ll get rained on.

Are you looking to take in a show at Red Rocks?  Getting to Red Rocks is about 45 minutes from the airport on the western edge of town.

There isn’t much to criticize about Red Rocks, with the exception that I wish this place were open throughout the year.

All of the rational expectations of overpriced food and drinks are true, but become less noticeable with the amount of fun you’ll have!

Performance schedule of upcoming shows can be found on the Red Rocks official website (link below).

Interested in visiting Red Rocks Amphitheater? Travel Blogger and author of DESTINATIONS UNKNOWN Sean Brown has compiled a list of frequently asked questions to help make your trip a breeze.

What is the closest airport to Red Rocks Amphitheater?

What is the local currency at Red Rocks Amphitheater?