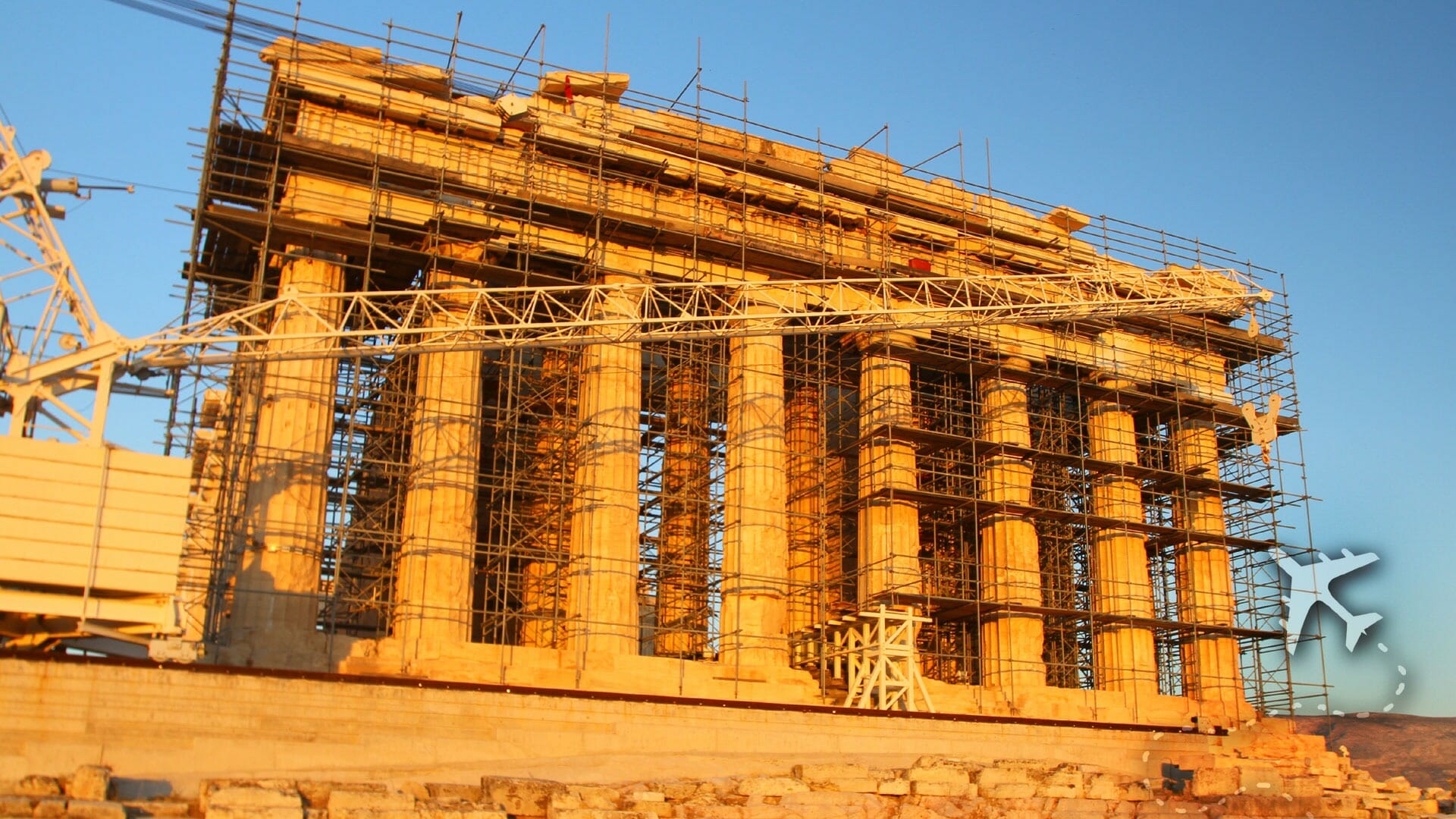 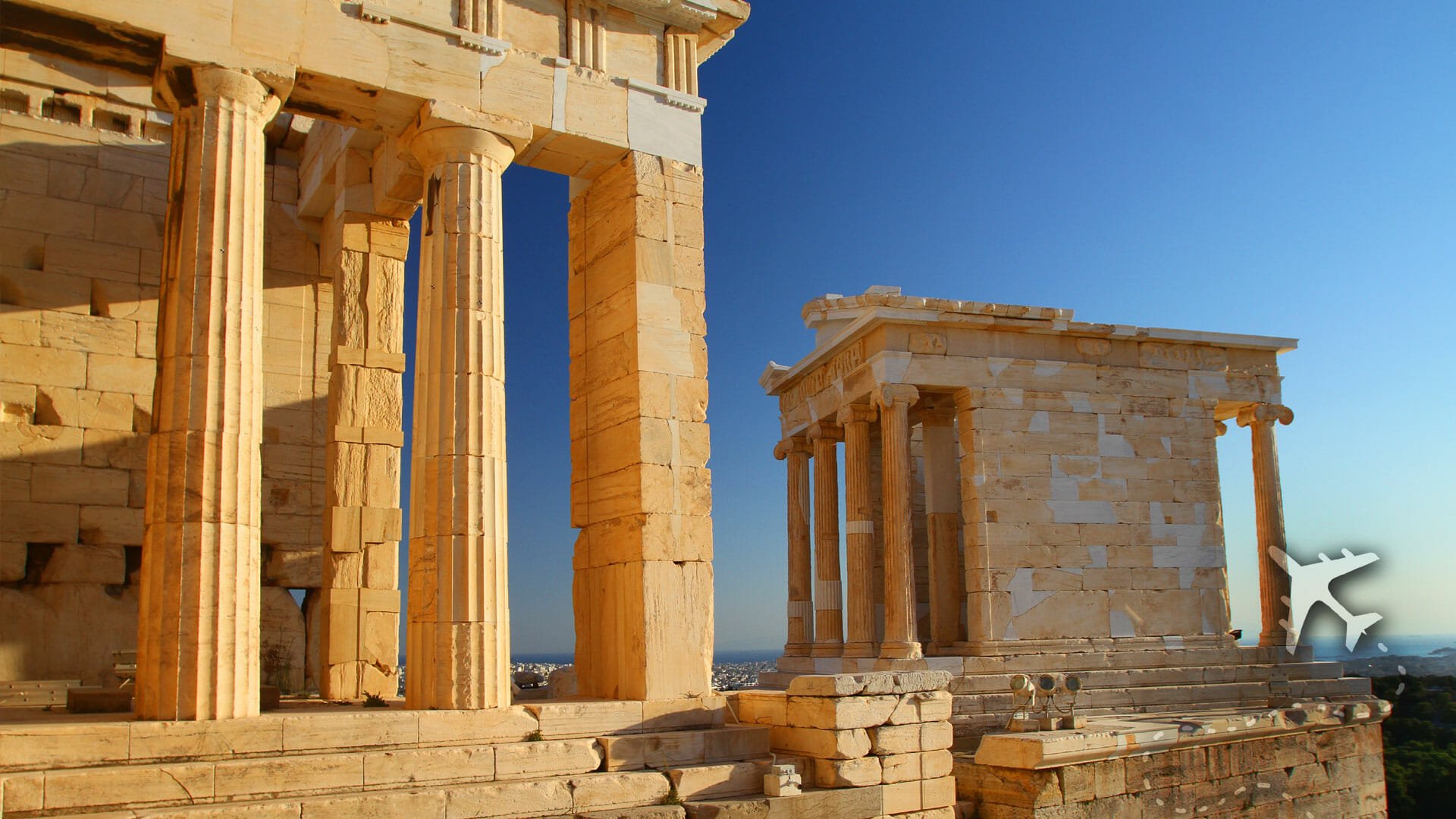 Perched 500′ above sea level is a grouping of ancient buildings that make up the Acropolis of Athens – a UNESCO World Heritage Site.  The Parthenon, Propylaea, Erechtheion, and Temple of Athena Nike make up this ancient citadel, located centrally in Greece.  Just look up, and you’ll probably see it.

Upon arrival and the trek up (what seems like) a million steps, you’ll pass through Propylaea – the monumental gateway to the Acropolis. Standing directly in front of Propylaea, perched high above the pathways is the Template of Athena Nike.  This temple was used for citizens to worship the goddess for success in the Peloponnesian War.

On the northern side of the property, Erechtheion stands there – just chilling.  The template was built between 421 and 406 BC and served as a venue for some of the holiest relics of the Athenians.

Restoration of the site has been happening since 1975 to fix centuries of neglect, pollution, and decay.  During my visit, the Parthenon was covered with scaffolding and two large cranes. Many of the other buildings have either been wholly restored or are nearing completion of this historic site.

This place is heavily trafficked with tourists from every corner of the globe, all sliding around on the polish marble floors or tripping on the uneven surfaces. Visiting in the afternoon casts a warm orange glow on the marble pillars, which makes for some fantastic pictures.  Additionally, at sunset, the military has a ritual of taking down the Greek flag, which always makes for an excellent photo opportunity.

There are no escalators or elevators, it will take sheer will power to experience this amazing destination.