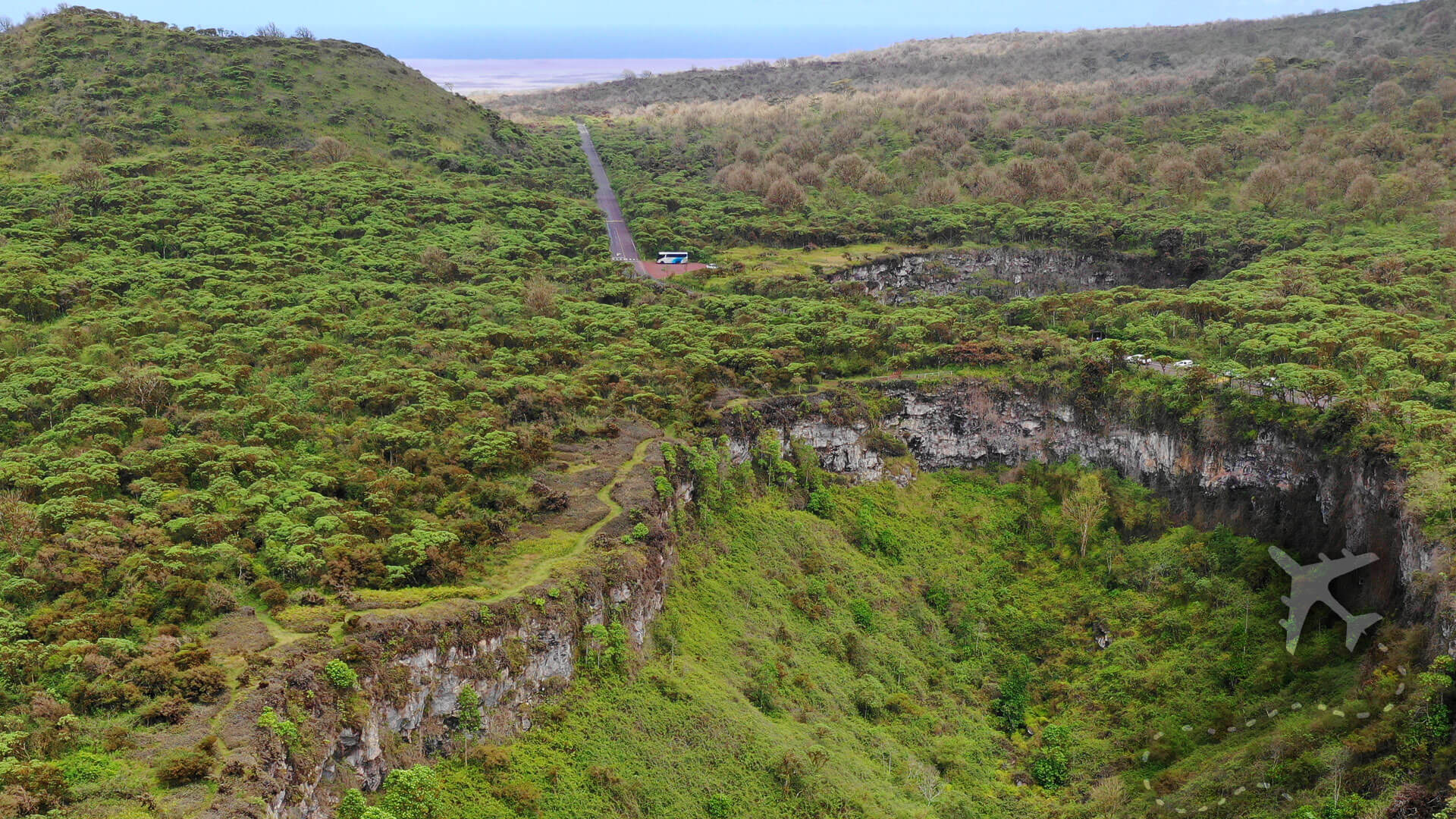 Let's go visit a pair of holes in the ground

THE STORY OF LOS GEMELOS

It doesn’t matter if you believe in evolution or not; Volcanic magma erupted from the Earth’s mantle to create the Galapagos island archipelago thousands of years before we were born.

When heading into town from the airport, there’s an exciting Geologic landmark half-way across the mountainous island. A few small signs mark the attraction, and easy to miss unless you’re looking for it.

Los Gemelos, commonly called “The Twins” is a pair of pit craters located in the center of Santa Cruz island. The collapse of a magma chamber formed both of the craters sometime long ago. The holes are giant and estimated to be a few hundred feet deep with sheer cliffs surrounding the dense vegetation below.

There’s no access to get in the craters; repelling is your only option. There are walking tours around the rim of the craters which give you a good view of this impressive formation; however, the view from a drone puts things into perspective.

Los Gemelos is not an exciting attraction, but give a unique view on how fantastic planet Earth is. The trails around Los Gemelos are dirt and gravel and in fair condition. Hiking is the only way you get to see the beauty of this area.

Interested in visiting Los Gemelos? Travel Blogger and author of DESTINATIONS UNKNOWN Sean Brown has compiled a list of frequently asked questions to help make your trip a breeze.

What is the closest airport to Los Gemelos?

The closes airport is Seymour Airport (IATA: GPS) on the island of Baltra. It is the only airport for Santa Cruz island is does require a USD 5 bus ride and a USD 1 water taxi ride to get to Santa Cruz island.

What is the local currency at Los Gemelos?

Ecuador has standardized on the United States Dollar (USD) as their local currency. Entrance into reserve is free, but supported by donations in the hut.