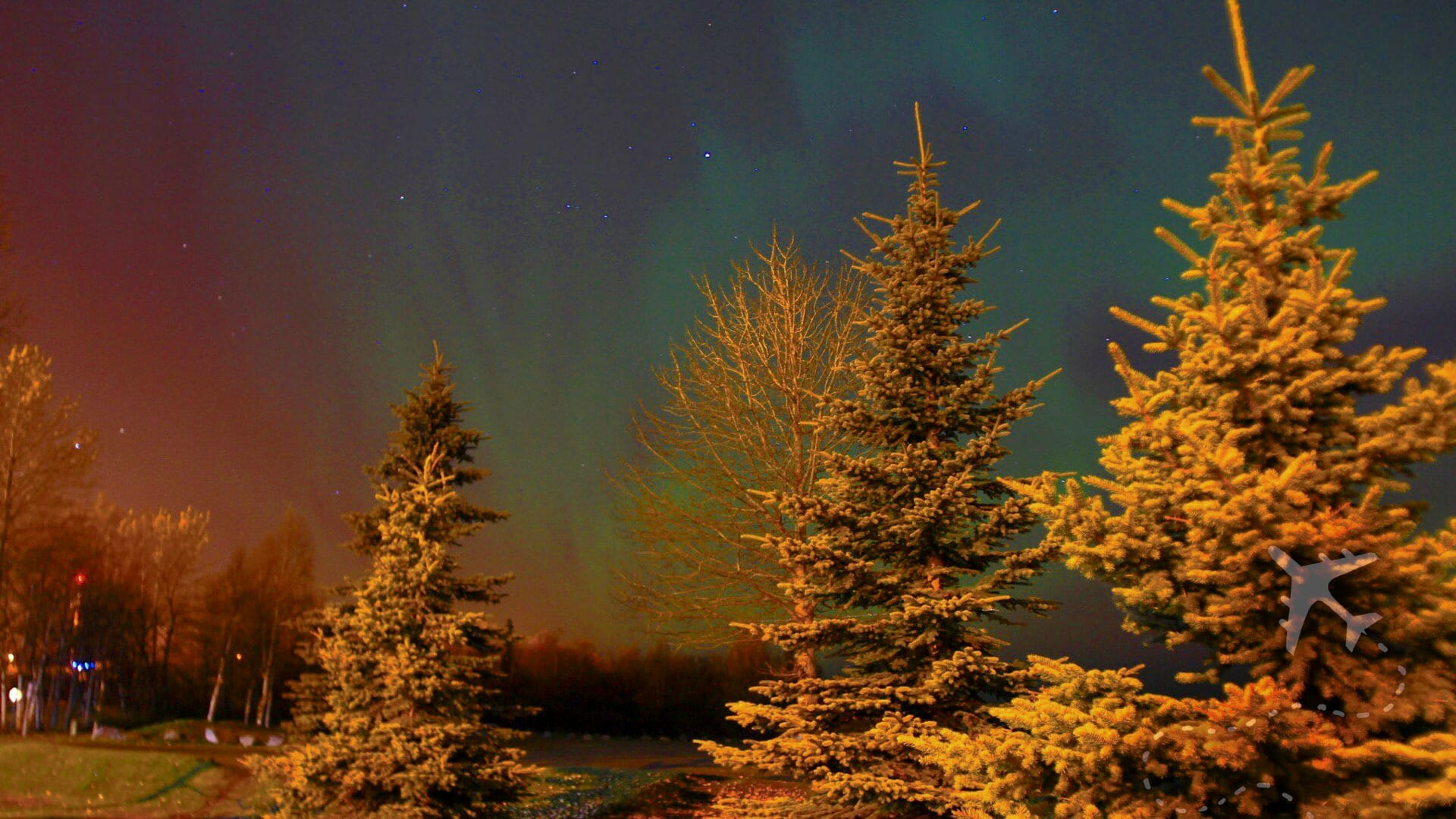 Finding the Northern Lights from Anchorage, AK may be tricky. Find the best places to watch the green sheets of dancing lights from the northern lights.

THE STORY OF THE Northern Lights

One of the most elusive and amazing sights to witness is the Aurora, a natural light display that visible predominately in high-latitude areas when solar winds collide with Earth’s magnetosphere.

This phenomenon happens mostly around the poles, especially during the darker months.

Peak months for the Aurora Borealis is September through March. It’s likely to be seen in Alaska, Iceland, and Northern Scandinavia.

Peak months for the Aurora Australis is March through September. It’s likely to be seen in Southern New Zealand and Tasmania.

The harsh reality is that chasing the Aurora is very similar to fishing – some days you’ll catch nothing, others days you’ll be on a winning streak. Thankfully, the folks at NASA have been tracking solar cycles and can predict activity cycles that lead to increased visibility of the Aurora.

While solar cycle tracking gives us a good idea of what the general activity level will be, there are a lot of other factors that contribute to either seeing or not seeing the Aurora:

Even with this information, I visited Alaska to see if the Aurora Borealis would come out and play.

The midnight descent into Anchorage gave way to the pilot to making his standard briefings and announcing, “if you’re on the left side of the plane, you can gaze at the northern lights while we land.” The rest of the flight, I sat in my seat, watching the dancing green sheets of light as we landed.

I’ve never run so fast through an airport to grab a rental car and drive to somewhere to photograph the Aurora. As quickly as it started dancing across the sky, the Aurora stopped without notice, and the night returned to darkness.

It’s worth mentioning that October is usually cloudy (particularly at night), hiding the Aurora. The night I flew in was utterly cloudless and calm – perfect for viewing the aurora borealis.

QUESTIONS & ANSWERS ABOUT THE Northern Lights

What is the closest airport to the see the Aurora?

LOCATION & MAP OF THE TOWER BRIDGE