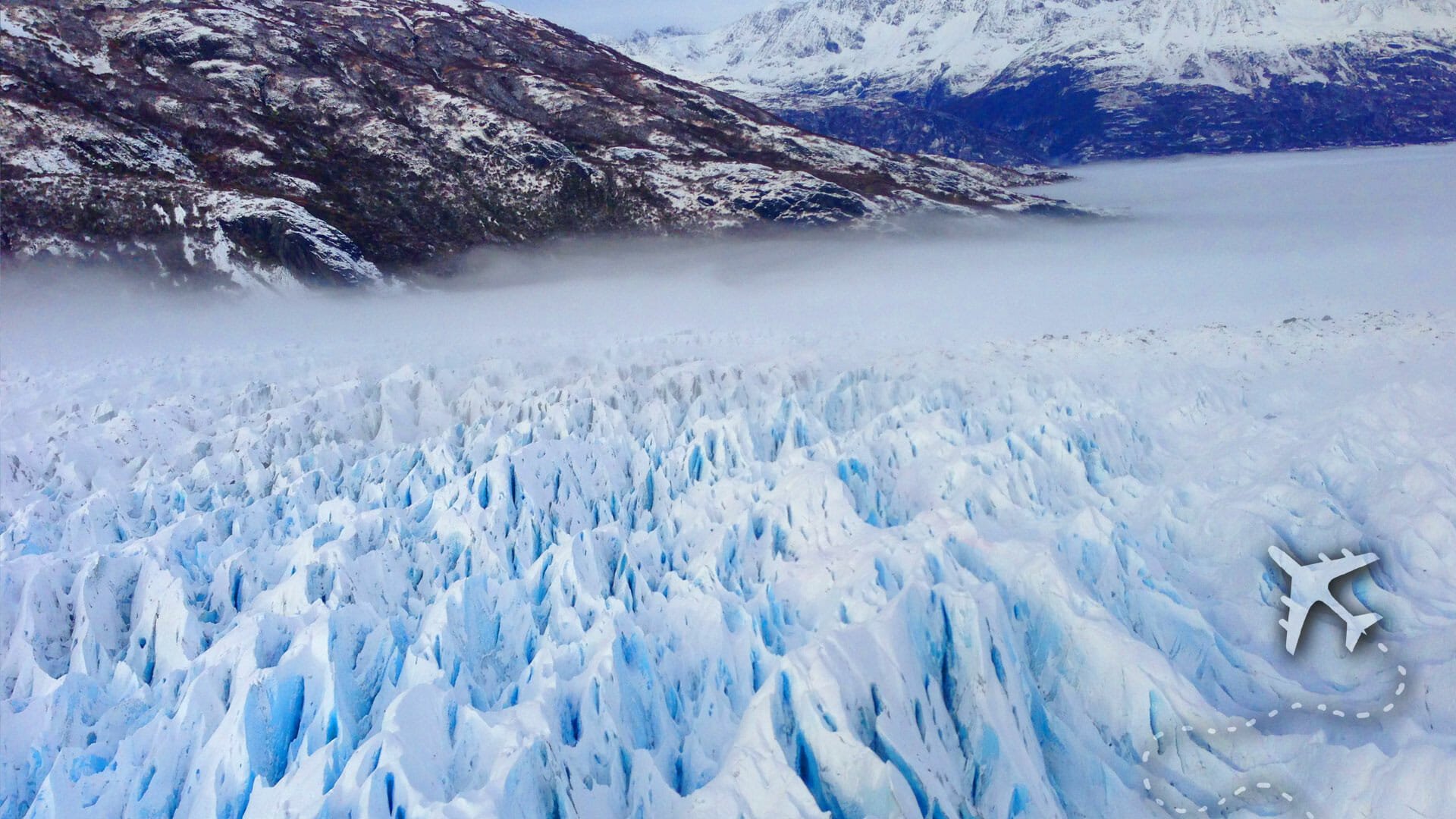 Lake George isn’t just another National Park – it is home to a giant glacier doing glacier things. Sure, the park is great, and viewing the leading edge of a dirty glacier is sorta’ cool, but exploring the glacier and ice fields from the world’s smallest helicopter is what takes shenanigans to the next level.

A short 20-minute flight from the Alpine Air heliport takes you to the heart of the pristine ice fields of the Knik Glacier. The glacier varies in thickness, but we set down on top of 700′ of the most iridescent turquoise blue ice I’ve ever seen! We were miles from solid ground, just sitting on ice that is continually moving doing glacier-like-things.

The only “gotcha” I found is that the flightseeing tour has a two-person minimum. It was just me, so I had to pay for both seats (sigh) – but the pilot made up for it by giving me some extra time to play on the glacier.

I’ve heard chatter that landing in the ice fields is no longer allowed. I’m not entirely sure if this is true or not, but if you visit this amazing destination and have the opportunity to land – YOU SHOULD!

Heading back, the pilot flew around the untouched landscape showing me other features and areas that aren’t viewable from the ground.

Weather plays a huge factor in flying to the ice fields.

My first attempt was met with heavy fog and snow flurries. The next day was much of the same but looked like it would clear later in the day. Alaska’s topography and shitty-cold doesn’t make things easy for flightseeing – the weather does change quickly, so be ready if there’s a break.

I visited in October, which is not known for cooperative weather, but the seasons were changing and had the changes to see fall foliage and the aurora borealis (northern lights). The reasonable time to visit would be during the warmer months, which are more popular with visitors.

QUESTIONS & ANSWERS ABOUT THE TOWER BRIDGE

Interested in visiting Lake George and Knik Glacier? Travel Blogger and author of DESTINATIONS UNKNOWN Sean Brown has compiled a list of frequently asked questions to help make your trip a breeze.

What is the closest airport to Lake George National Park & Knik Glacier?

What is the local currency at Lake George National Park & Knik Glacier?