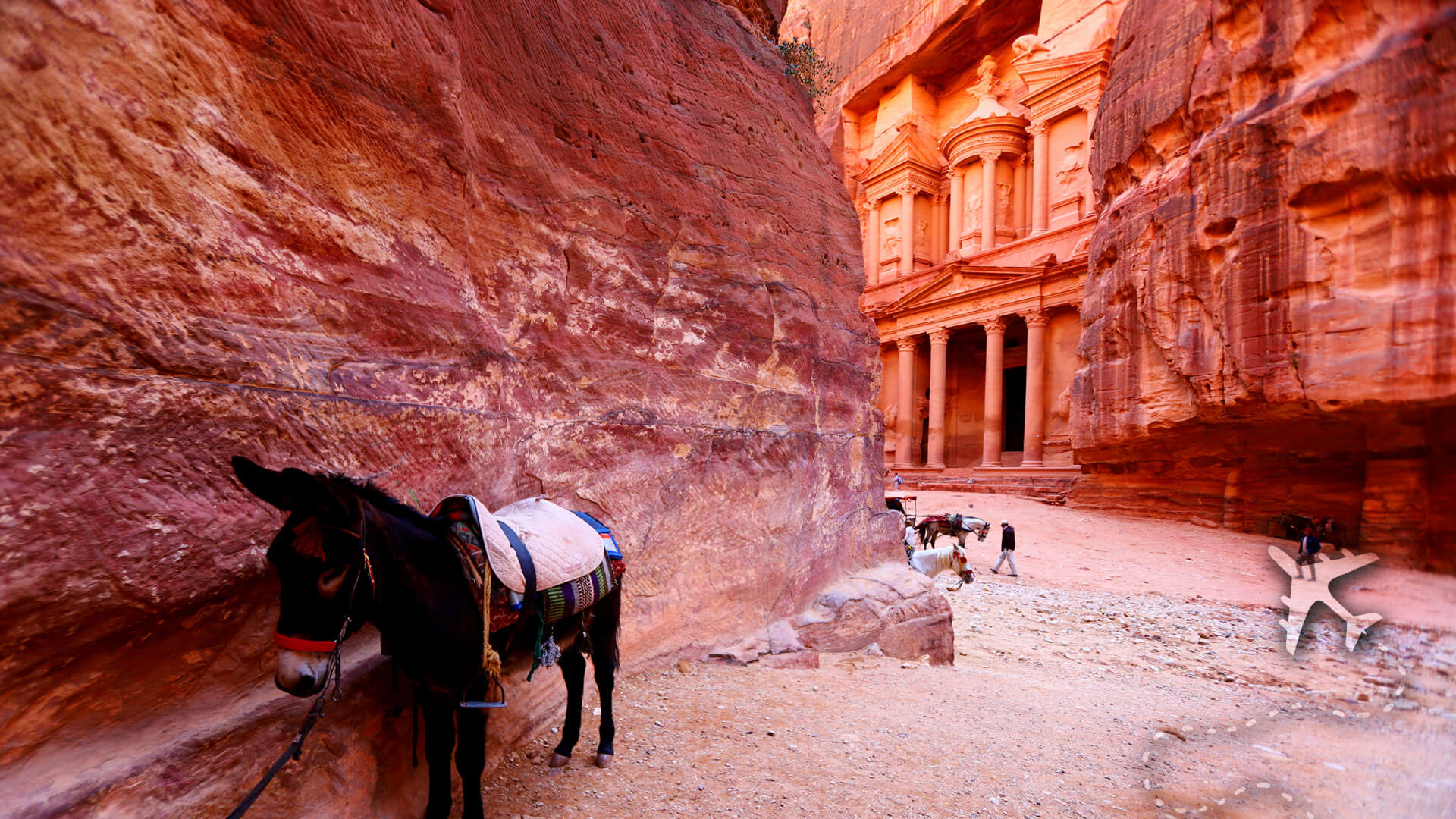 Indiana Jones made this place famous

THE STORY OF PETRA

Petra is a badass ancient city carved into the sandstone cliffs of the Arabah valley in Southern Jordan – literally in the middle of nowhere. This historical and archaeological city is a member of the UNESCO World Heritage Sites and a place you must visit – if you have the balls and patience.

This wicked-cool place was established by the Nabataeans sometime around 400 B.C. and peaked with 20,000 inhabitants who probably threw some bitching house cave parties. Things slid downhill in 106 A.D. when the Nabataeans got into a spat with the Roman Empire and were (eventually) forced to surrender.  Shit didn’t help when in 363 A.D. a pair of powerful earthquakes rocked (no pun intended) the region, destroying many of the structures.  By 700 A.D. the place was abandoned – left with wild goats just doing goat things on the mountainside.

Tourism was never huge in Petra, even after UNESCO added it to the World Heritage Sites in 1985.  The release of Indiana Jones and the Last Crusade in 1989 featured the Treasury building (Al-Khazneh), and tourism numbers exploded!

Visitors to the area increased from a few thousand people per year to almost 1 million people per year.  The demand to see this ancient archaeological city was so high that the government had to step in and build additional infrastructure to support the tourism demand.

SPOILER ALERT: There’s no holy grail in the Treasury building.

Even with the increased infrastructure, hotels and nearby restaurants, getting to Petra is just as shitty as it was 2,000 years ago.  It’s located almost halfway between Amman and Aqaba on the western edge of the country – basically, there are no convenient places to fly to and no quick ways to get here. Your options are limited to driving or teleportation. On a typical single day pass, you’ll have the ability to see a bunch of nifty things:

I would strongly recommend spending a few days there.  The complex is a massive 102 sq miles of unpaved roads and freaking stairs everywhere.

Transportation inside of Petra is limited to walking, camel/horse (for a fee).

Interested in visiting Petra? Travel Blogger and author of DESTINATIONS UNKNOWN Sean Brown has compiled a list of frequently asked questions to help make your trip a breeze.

What is the closest airport to Petra?

What is the local currency at Petra?

The local currency is the Jordanian Dinar (JOD). Entrance to Petra is steep; 90 Jordanian Dinar (USD 125) for a one day pass – cheaper for multi-day passes, but don't let the fee discourage your trip here - It's worth the investment.