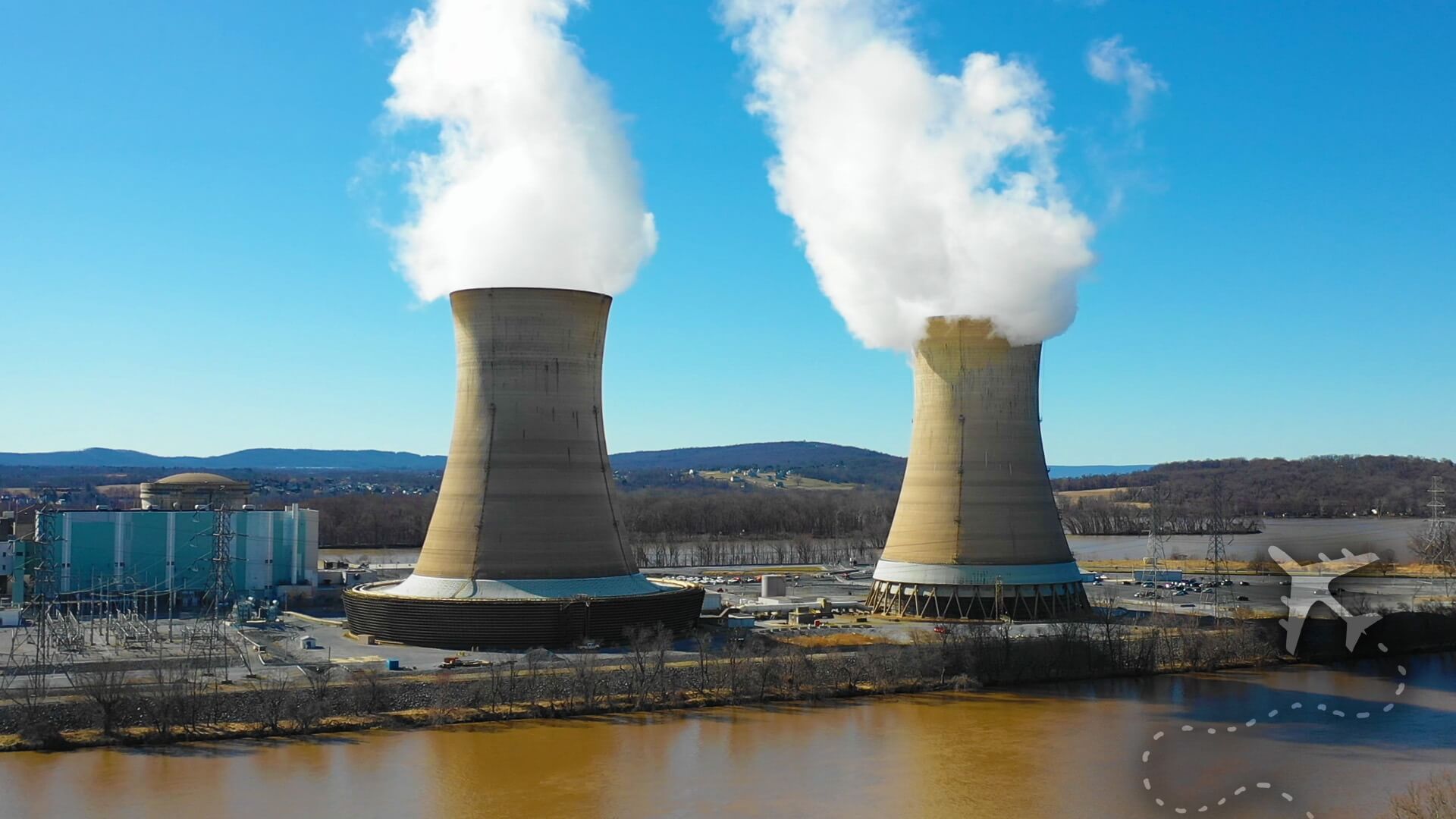 The site of a partial nuclear meltdown in 1979

THE STORY OF Three Mile Island

The Three Mile Island nuclear power plant holds the distinction of being the USA’s worst nuclear accident. The site, perched on a sandbar on the Susquehanna River near Harrisburg, PA experienced a partial meltdown of Unit 2 caused by a perfect storm of operational, procedural and mechanical failures that would leave lasting effects on the surrounding communities.

In the early morning hours of March 28th, 1979 maintenance activities on Unit 2 caused the detection of a problem which led to the on-duty operators to override a safety system because of confusion of the readings on the dozens of gauges. The measurements inside the reactor showed there was too much pressure which led them to turn off the pumps that provide cooling to the reactor. Without water, the intense heat boiled the remaining water in the reactor, compounding the pressure inside the vessel. The system’s fail-safe P.O.R.V. (pilot-operated relief value) automatically opened to relieve the growing pressure inside the reactor.

The P.O.R.V. value opened without incident but failed to close once the pressure was relieved. There were no indicator lights in the control room showing the status of the P.O.R.V.; This allowed the reactor to continue to boil the remaining water and the high-pressure steam to be released into the atmosphere.

Engineers finally identified and resolved the stuck P.O.R.V. valve and why the indicates gauges were showing inaccurate data. The cooling pumps were turned on, slowly putting an end to the five-day crisis.

In the years and decades to follow, reports showed different environmental and health impacts from the release of radioactive substances during venting activities. Moreover, reports showed that the fledgling nuclear industry wasn’t as safe as many hoped it to be.

Intense public criticism of the disaster targeted Metropolitan Edison, the operator of the Three Mile Island nuclear plant for intentionally misleading the public and falsifying facts during the incident. The ambiguity between NRC and Met Ed officials was so bad that President Jimmy Carter had to step in to restore the public’s confidence.

The Three Mile Island nuclear power plant Unit 2 was severely damaged to restore operations. It is still licensed for operation by the NRC but in a permanent shut down state. The reactor building and 30-story cooling towers still stand as a testament to the country’s worst nuclear accident.

Three Mile Island was considered a “near miss” in terms of a disaster. There was a small amount of radioactivity released into the atmosphere, however nothing significant. The reactor is still in operator today and thus tours are not allowed for security reasons.

If you’re planning on visiting this site, be prepared to be underwhelmed. There’s one tree-lined road that runs parallel to the power plant. Thankfully, some genius got the idea of cut the trees near the memorial marker for the the disaster site – you can snap some decent pictures of the plant, but nothing cool.

Interested in visiting Three Mile Island? Travel Blogger and author of DESTINATIONS UNKNOWN Sean Brown has compiled a list of frequently asked questions to help make your trip a breeze.

What is the closest airport to Three Mile Island?

What is the local currency at Three Mile Island?

The local currency is United States Dollar (USD). There are currently no tours available of Three Mile Island.

Can you tour Three Mile Island?


No. Three Mile Island is an active nuclear power plant and thus cannot be toured without prior authorization from the plant operator. The closest the general public can get is on River Rd (PA 441).