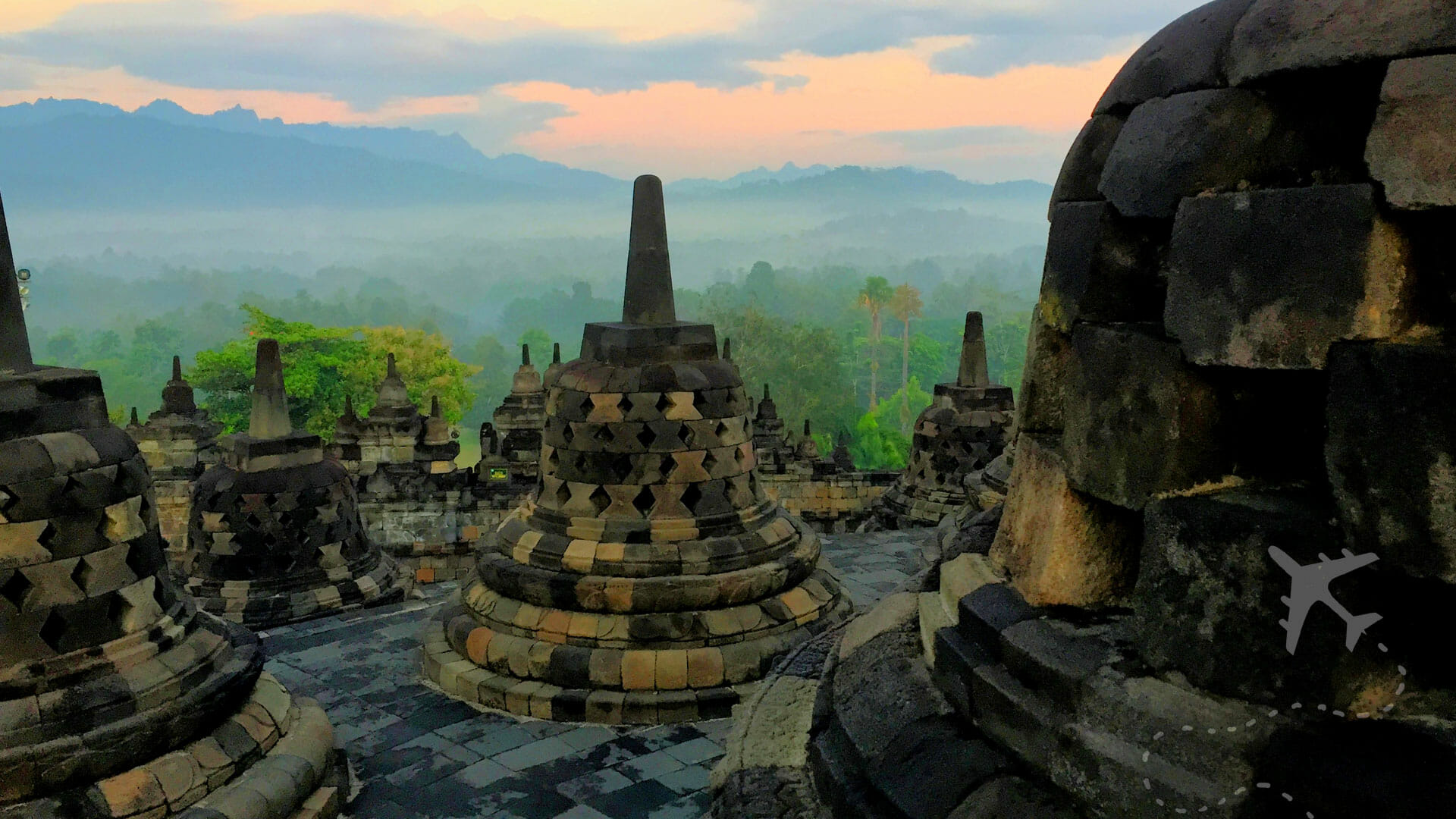 Borobudur was abandoned, bombed, and damaged by volcanoes. It's STILL Java's most visited (and photographed) destination

THE STORY OF BOROBUDUR

Borobudur Temple is the world’s largest and most badass Buddhist temple; Located Central Java, it was built in the 9th century and is one of Indonesia’s most visited (and photographed) tourist attractions.

Inspired by Javanese Buddhist architecture and traditional Buddhism, times weren’t always great; there is evidence that it was abandoned in the 14th century due to the Javanese conversion from Hindu to Islam.

Along with religious turmoil, Borobudur has spent its entire existence under constant threat of destruction. Volcanic eruptions, earthquakes, lahars, lava, and pumice are all formidable and persistent threats from the dozens of active volcanoes in the region. More recently, idiot-terrorists detonated bombs on the property, damaging areas of this historic site.

Aside from geologic and terrorist threats, intense tourism to Borobudur has also taken a toll on the structure. The stone stairs have worn to the point where they had to be retrofitted to withstand the daily visitor traffic. Even with the improvements, the temple has narrow, very steep stairs that make moving around the complex challenging if you have any mobility problems.

Thankfully the UNESCO community continues to support and raise money to restore and maintain this remarkable destination.

When people say, “Borobudur is Indonesia’s most visited attractions,” it’s not a marketing slogan; this place has shitloads of visitors every damn day. If you’re looking to avoid the crowds, plan on visiting after sunrise.

If you’re looking for the most badass pictures for your Instagram story, suck it up and deal with the tourists – Sunrise is one of the most beautiful times to photograph Borobudur.

Interested in visiting Borobudur Temple? Travel Blogger and author of DESTINATIONS UNKNOWN Sean Brown has compiled a list of frequently asked questions to help make your trip a breeze.

What is the closest airport to Borobudur?

What is the local currency at Borobudur?

Indonesian Rupiah (IDR) is the local currency, however the entrance fee to Borobudur is USD 25.