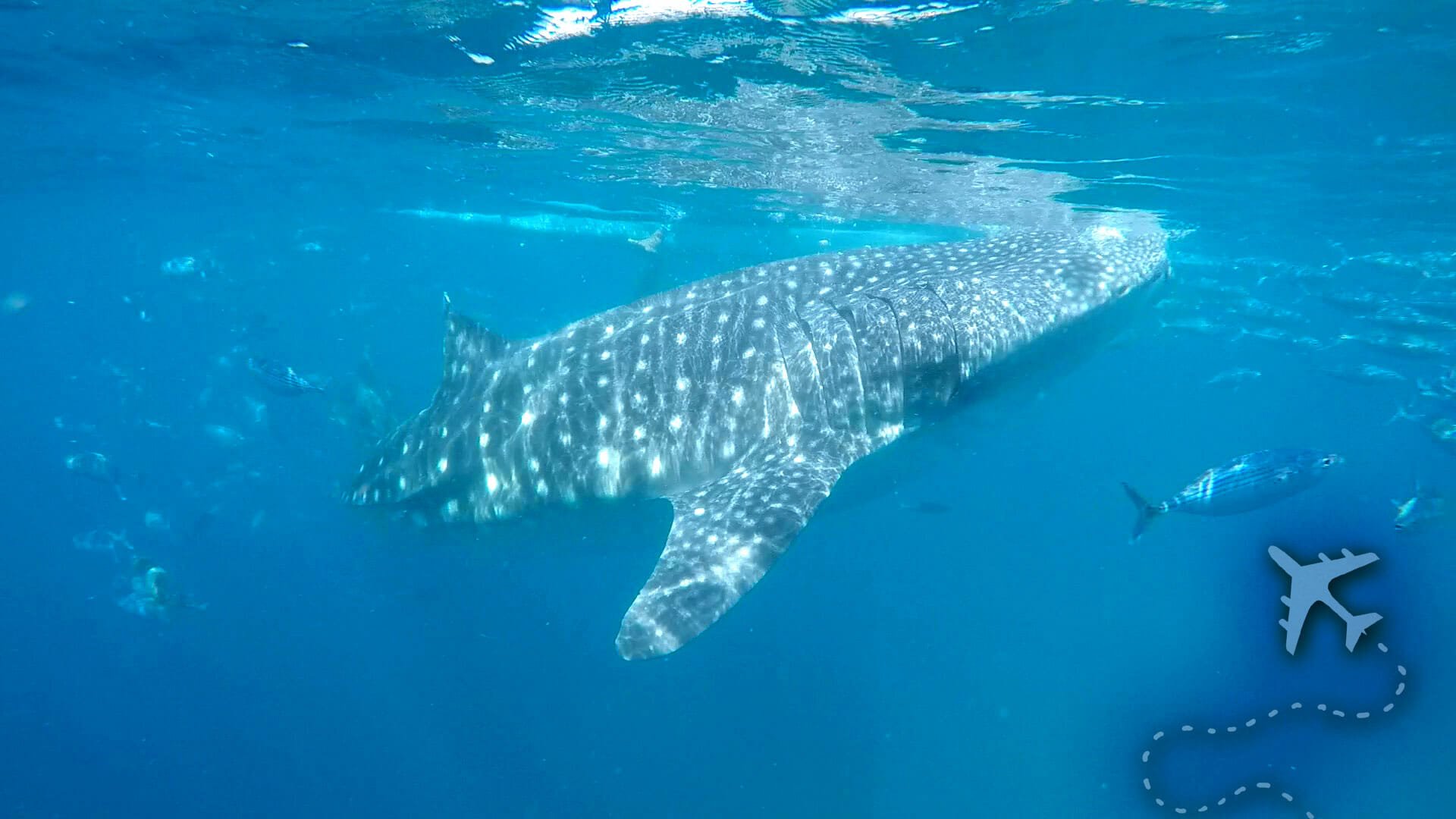 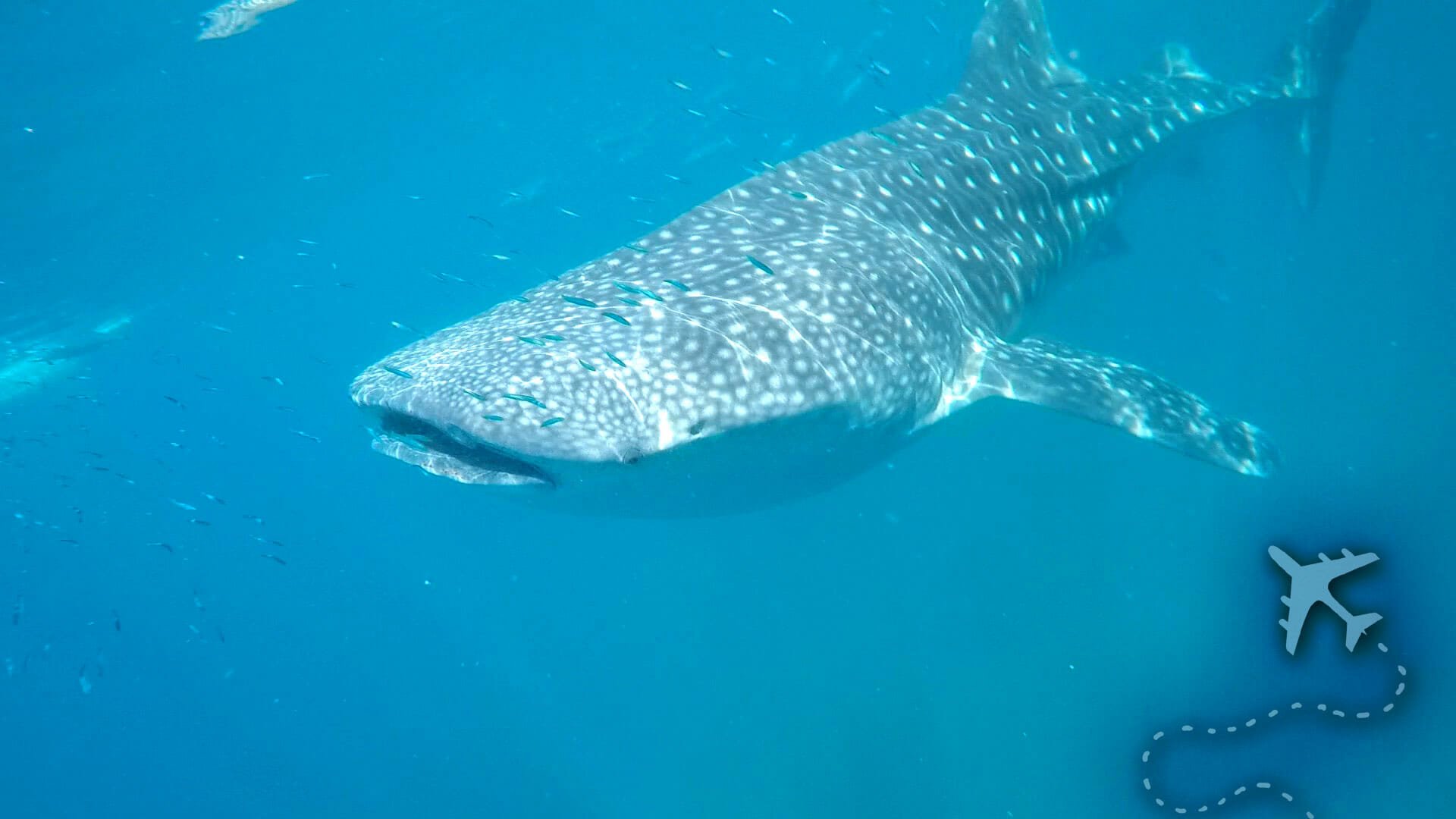 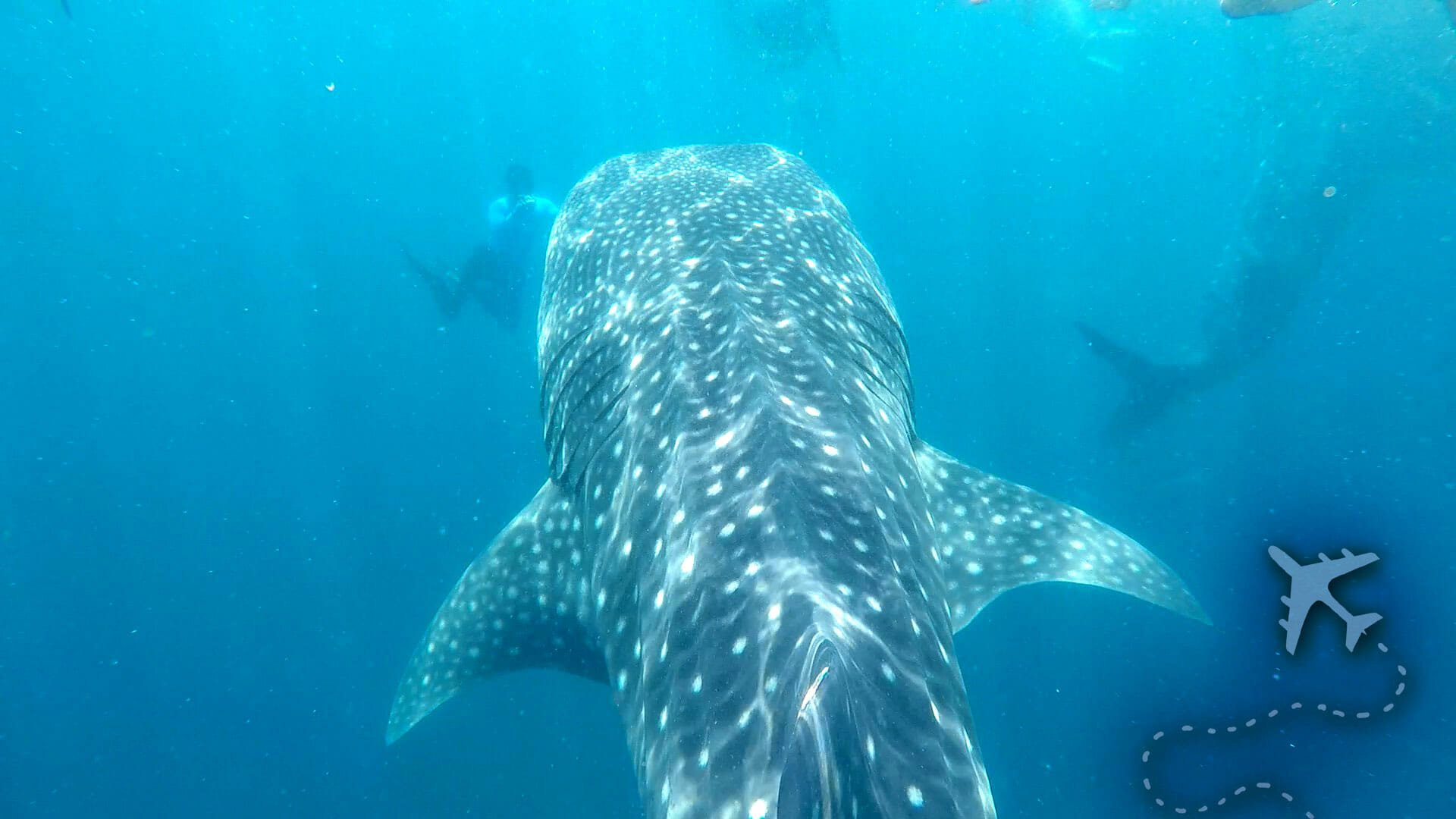 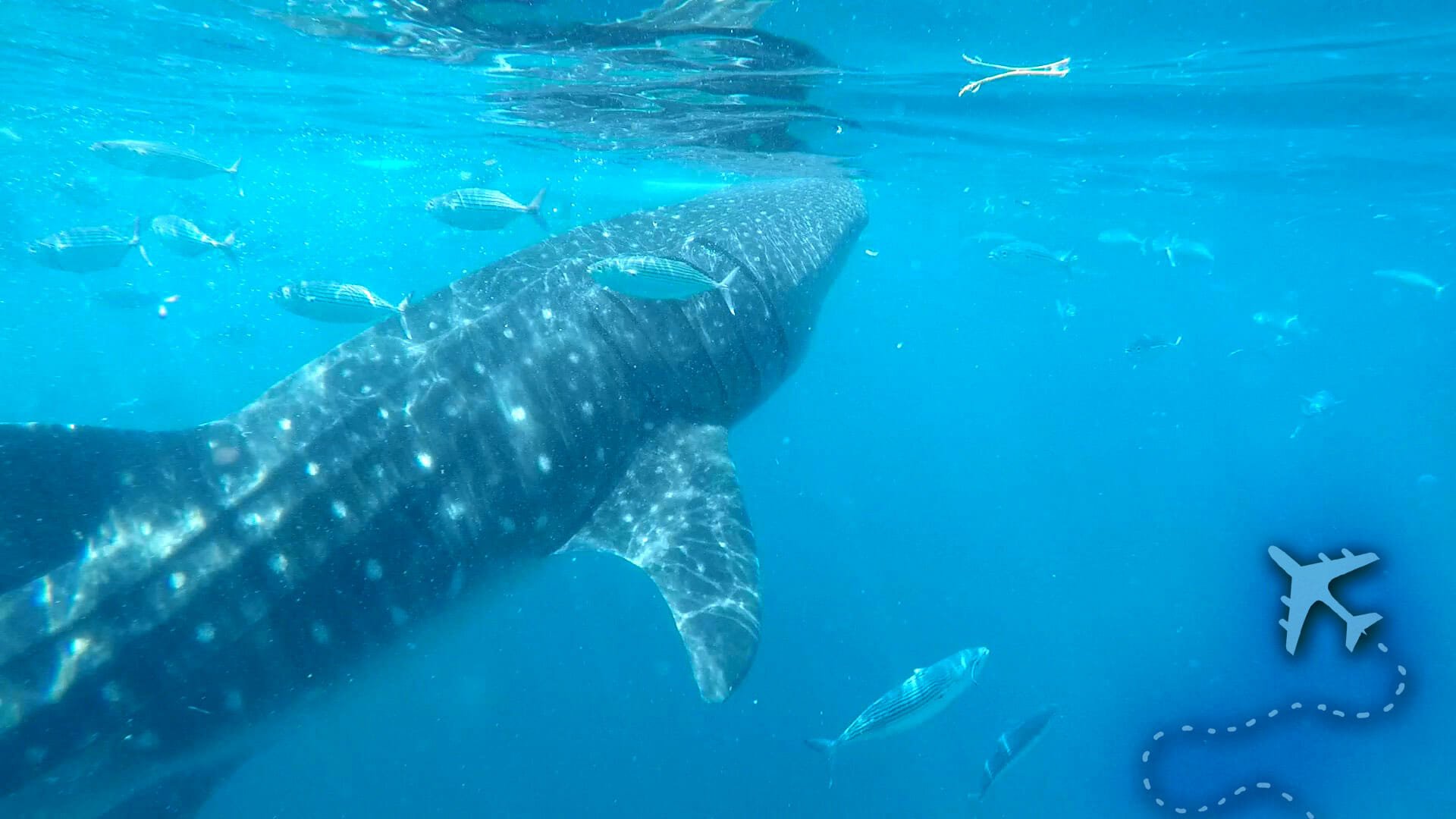 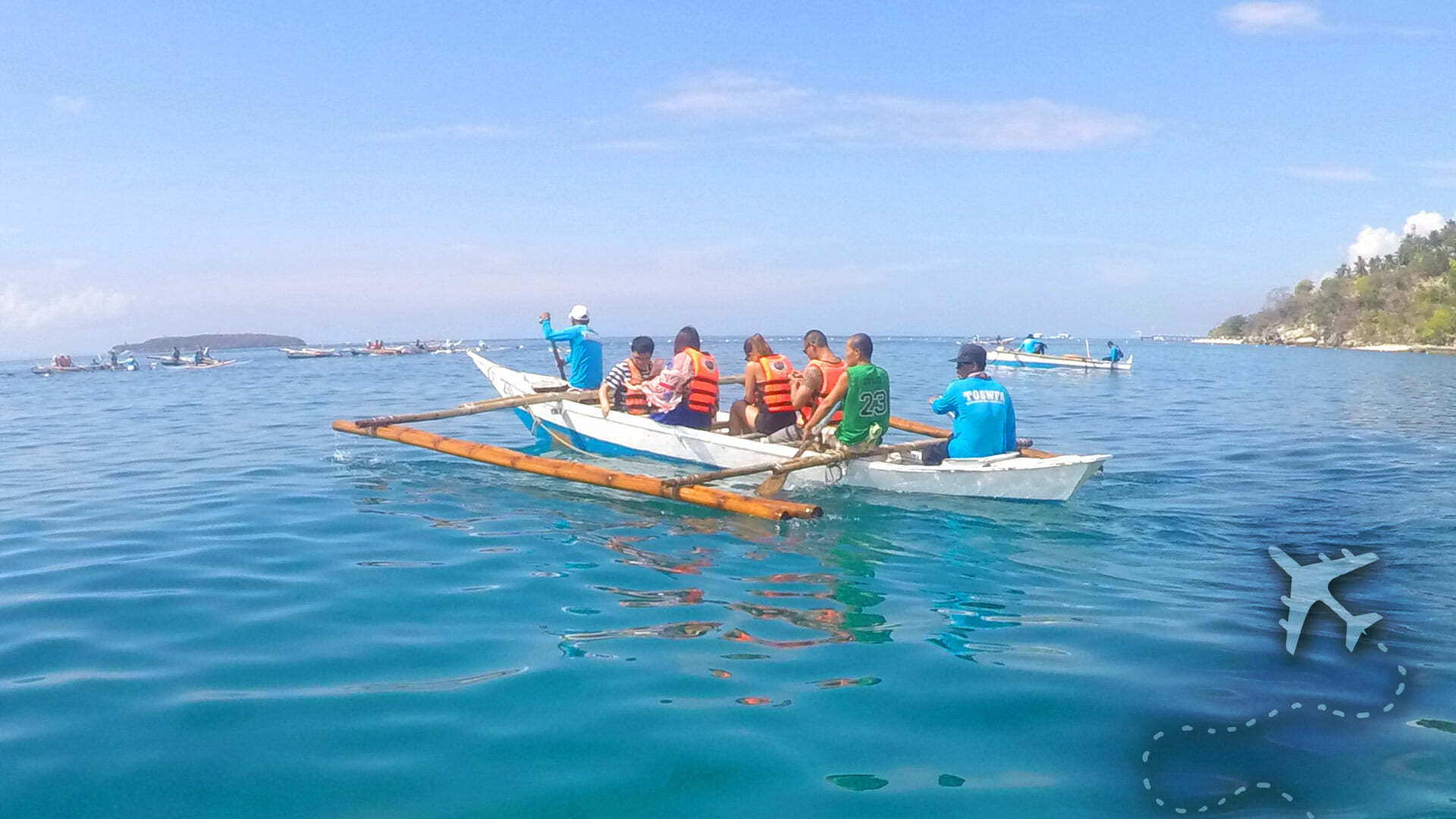 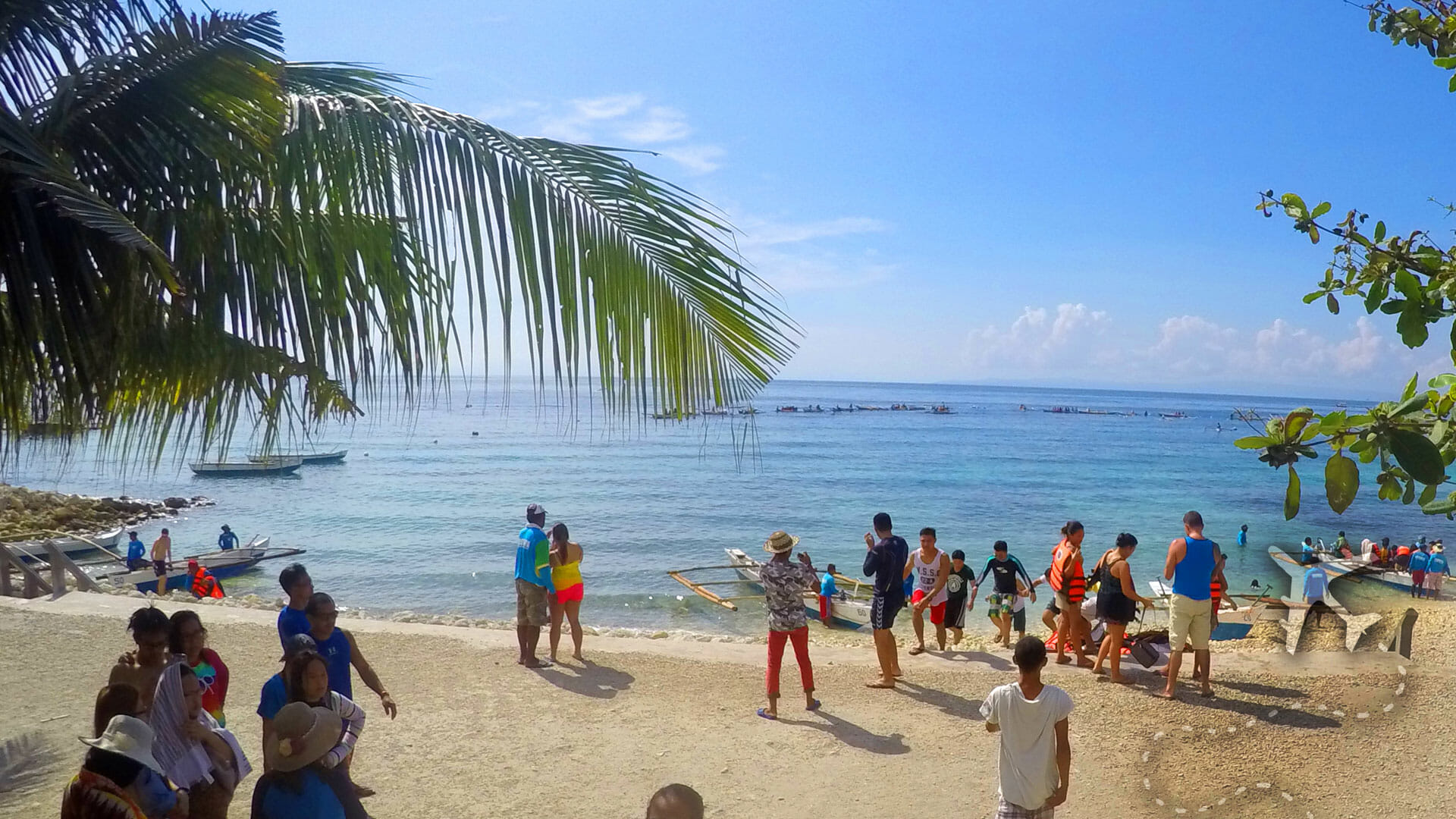 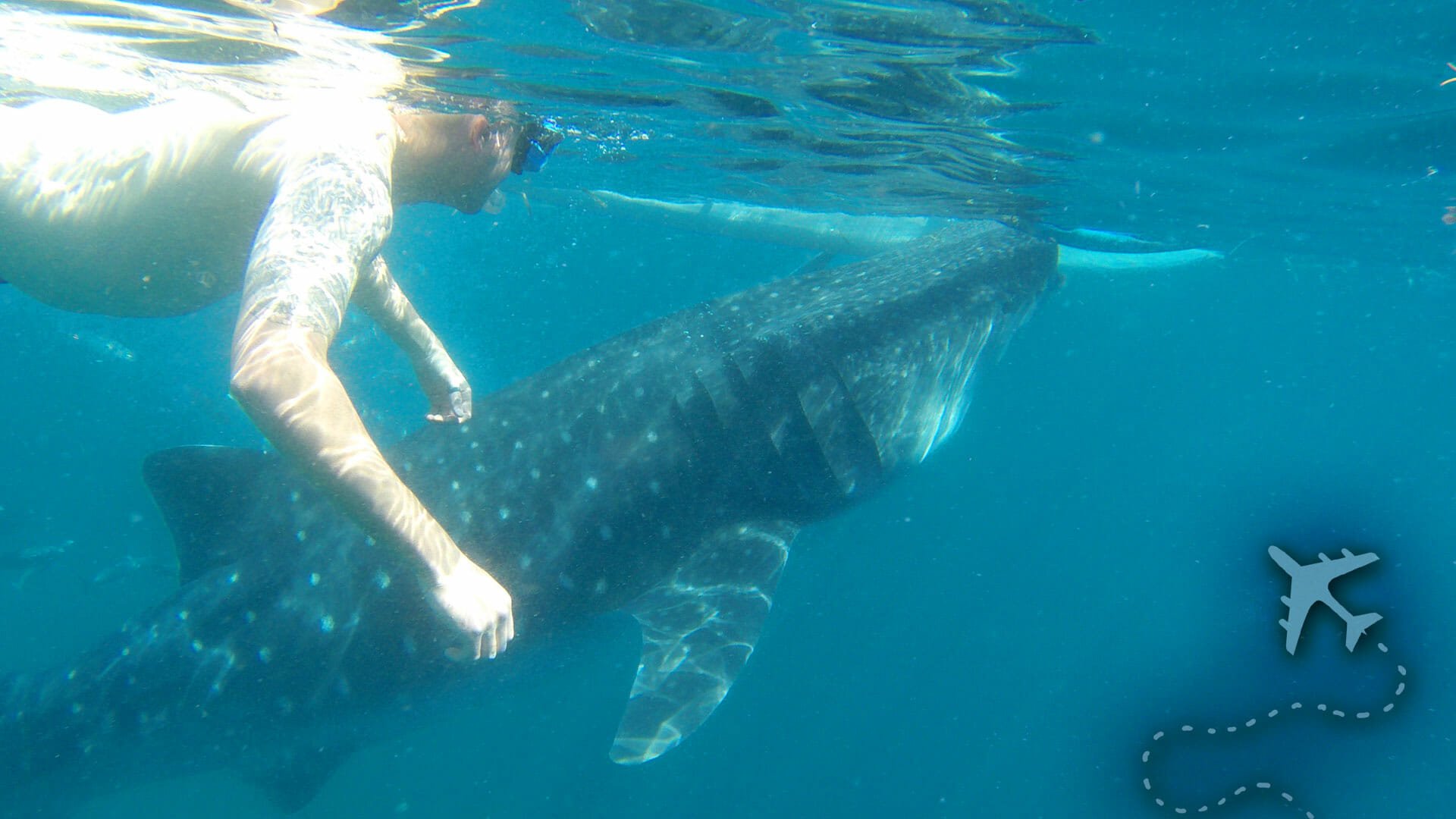 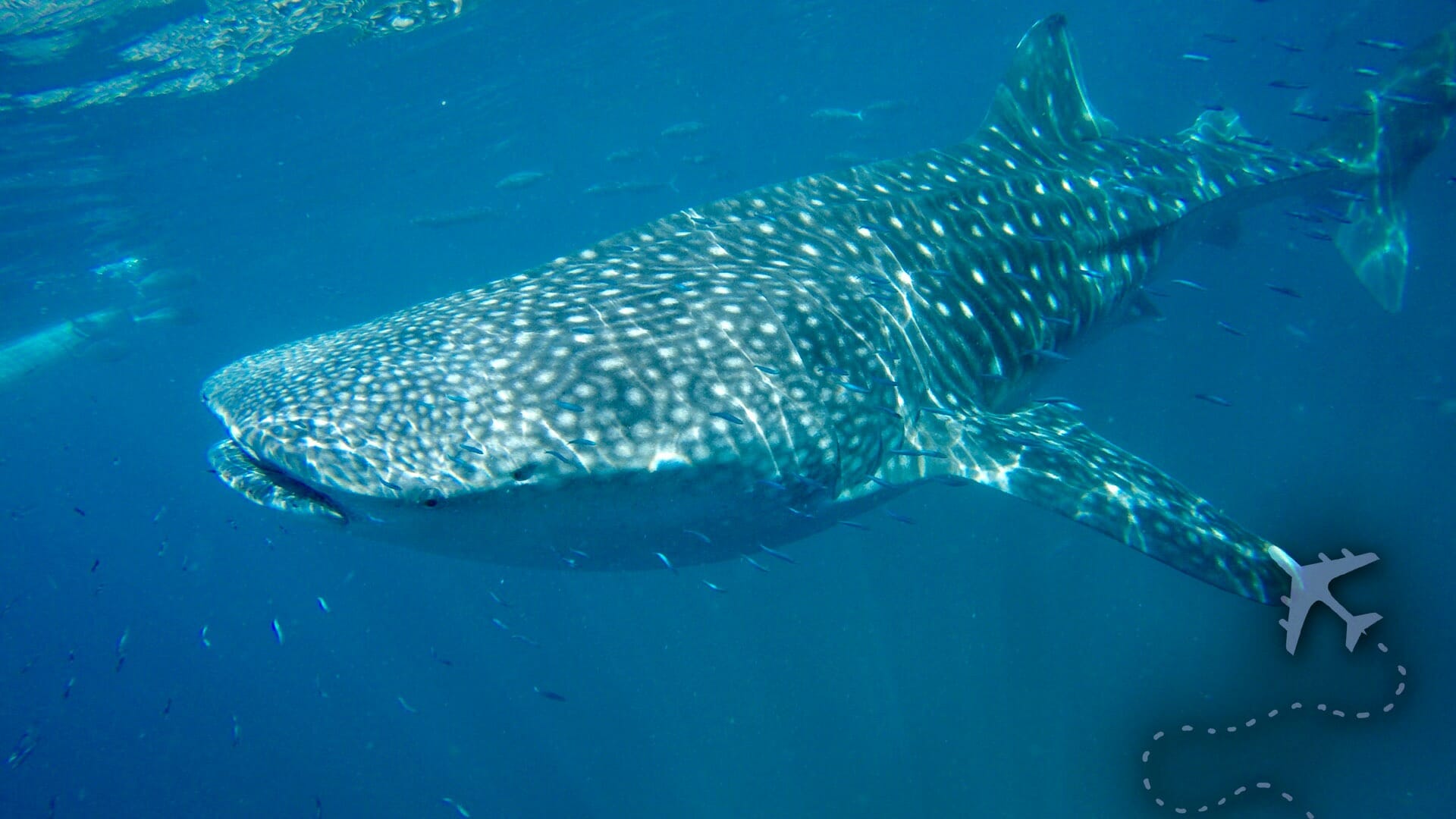 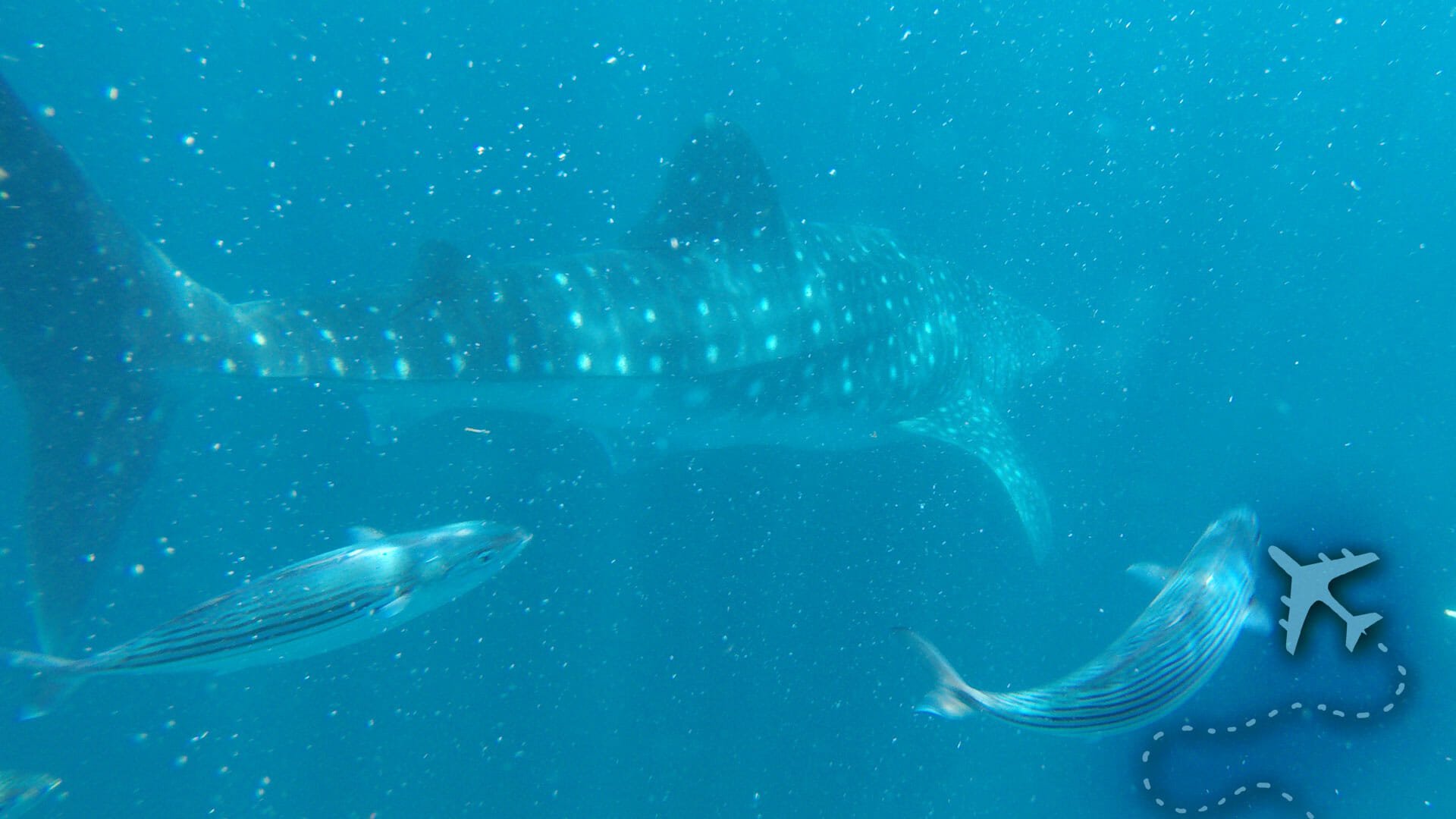 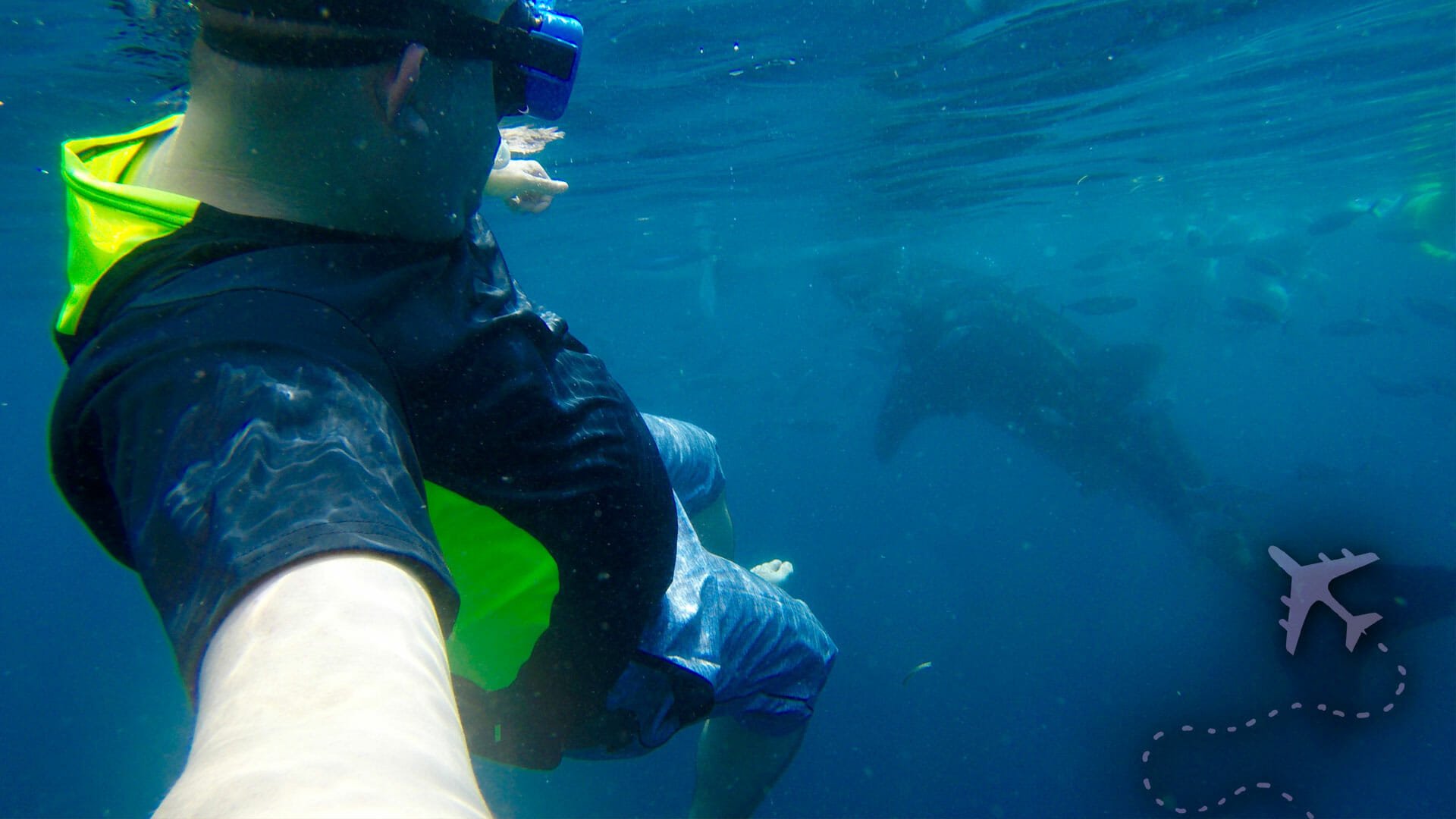 A few hours south of Cebu is the small town of Oslob. The mountainous area is home to 30,000 locals and miles of pristine coastline. The [almost] poor town caters to thousands of daily visitors who take the plunge into the deep blue waters to swim with whale sharks.

The underwater giants are technically sharks but act like an overgrown goldfish. Their name comes from their similarity (in size) to whales, not the aggressive nature of traditional sharks which nibble on meat (and some humans). These giant fishies gently glide through the water filter feeding and pose no significant danger to humans.

Every morning dozens of locals set out to “hunt” for whale sharks; Not to kill or harm them, but to lure them close to shore so people can swim with them. In an almost ritualistic fashion, the locals guide the sharks from a canoe close to shore for the tourists to see. There are [typically] 3-5 whale sharks filter feeding while swimming very slowly in large circles. All of the sharks are focused on food and completely ignore humans and the other fish in the water.

The sharks are 100% free roaming – something I liked. The juvenile whale sharks are a measly 15-20′ (4-5 meters) and weigh as much as a fully loaded bus. Strangely, they appear to be completely happy with the daily ritual of swimming in circles while people snap selfies a few feet away.

It is a mind over matter battle for some people to get into the water with something that big, but once in the water, the fears subside quickly.

Oslob is a 1-2 hour ride from Cebu. It’s painful to get there by bus, I’d recommend a motorbike or private car.

There are a handful of places that have a whale shark experience, and offer packages for tourists. I wouldn’t recommend the packages as they are overpriced (PHP 6,000 – 10,000). The walk-up cost is PHP 1,000 (roughly USD 21) for 30-minutes in the water. The fee includes snorkel/mask and the canoe ride out to the sharks.

LOTS AND LOTS OF PEOPLE!